Get the Facts on Voter Fraud in The United States

We take an unbiased look at voter fraud facts and statistics to uncover the truth behind voter fraud and voting laws in the United States.

Is Voter Fraud an Issue in the US?

Although voter fraud is an issue in America, the ways in which voter fraud occur may be different from what you think. On our site we answer questions like, “Does voter fraud exist?”, “How are voter id laws impacting the country?”, “How do the different types of voter fraud affect elections?”, and “Is individual voter fraud a problem in the first place?”

Out of the 197 million votes cast for federal candidates between 2002 and 2005, only 40 voters were indicted for voter fraud. Only 26 of those cases, or about .00000013 percent of the votes cast, resulted in convictions or guilty pleas.

Looking for more sources on voter fraud? We suggest checking out the U.S. Election Assistance Commission , Department of Justice, the Heritage Foundation, and the Brennan Center for Justice.

Accusations of voter fraud come from both sides of the isle, but both the “left” and “right” in America seem to have very different and conflicting viewpoints on how voter fraud is occurring. In some cases the facts and statistics back up one group more than the other, but the truth is rarely black or white.

Historically both Libertarian and Republican backed organizations have been accused of helping to spread talking points and draft legislation to prevent low-incomes families, students, seniors, and “minorities” from voting. 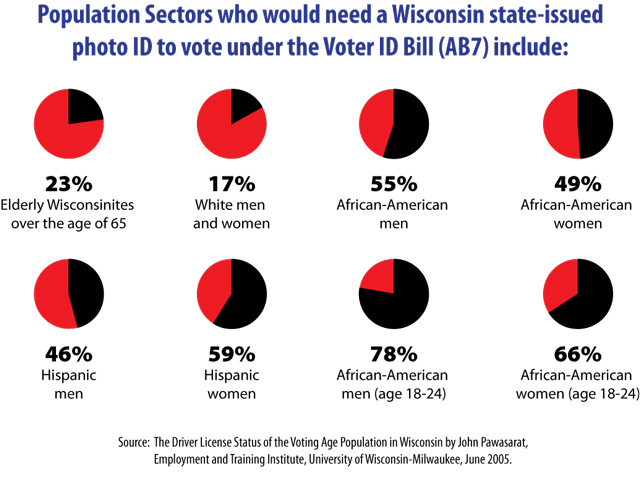 While the above truisms may overshadow the voter fraud debate, it doesn’t excuse or explain away the history of voter fraud in America. This site recognizes truisms, but the intention isn’t to demonize a political party or to push a political agenda. We simply aim to uncover and present the facts on voting, one of the most important aspects of our Democracy.

Between 2000 and 2010 there were 649 million votes cast in general elections and 13 cases of in-person voter impersonation convictions.

Get the Voter Fraud Facts on Voter ID

Here in 2015 one of the main sources of voter fraud controversy are Voter ID laws. Some label these as the modern day poll tax, others say they protect our democracy against individual voter fraud.

We examine the facts like the ones above in detail on our Voter ID facts page.

What is Voter Fraud / Electoral Fraud?

Voter Fraud (often called electoral fraud or vote rigging) is the act of illegally tampering with an election. Although the major issue being discussed by talking heads is voter ID fraud, there are a number of different types of voter fraud.

Make sure you know exactly what voter fraud statistics are being discussed when you read an article or listen to a talking heads. The severity of the fraud problem can be greatly blown out of proportion by quoting other voter fraud stats instead of voter ID statistics specifically when debating the validity of voter ID laws.

Learn more about the different types of Voter Fraud.

Voter Fraud… Does it exist or not?

The truth is that voter fraud does exist. Not just in America, but in just about every election since the beginning of time (to be fair, this is a logical assumption and not a fact). Make no mistake, neither the left or right (radicals excluded) think we don’t need to protect our democracy from voter fraud, they just have very different opinions on how this should be done.

What are the Politicians Doing to Prevent Voter Fraud?

Now that you have the breakdown on voter fraud facts and voter fraud statistics, it’s time to find out the real truth on Voter Fraud and Electoral Fraud. Check out the fraud laws, facts and statistics, and get educated for upcoming elections.