Britain holds it’s General elections May 7th, but British expats have been complaining that they haven’t received their ballots.

Most British citizens will go to the polls between 7am and 10pm on Thursday May 7th with their poll card (which they received no less than a week before). But many expats spoke out saying they didn’t get their ballot papers in time to make their vote by the 10pm May 7 deadline.

113,742 expats applied to vote in the general election before the cut off date for registration on April 20. They have two options other than voting in person – voting by post or voting by proxy. All postal votes must arrive before 10pm on polling day in order to count.

There are an estimated 5.5 million Britons living overseas of which around one million are ineligible to vote because they’ve been living out of the country for more than 15 years.

Polling booths open between 7am and 10pm. Counting of votes will begin when the polls close.

Learn more from the Telegraph.

Voter intimidation is a type of voter suppression involving mentally or physically intimidating individuals or groups to not vote or to change their vote.

When we think of voter intimidation we typically think of violence or the threat of violence as the intimidation tactic, however the intimidation can be mental as well. For example, a billboard  may say “voter fraud is a crime” scaring people away from voting without a proper ID in neighborhoods where certain parities have an interest in suppressing the vote. 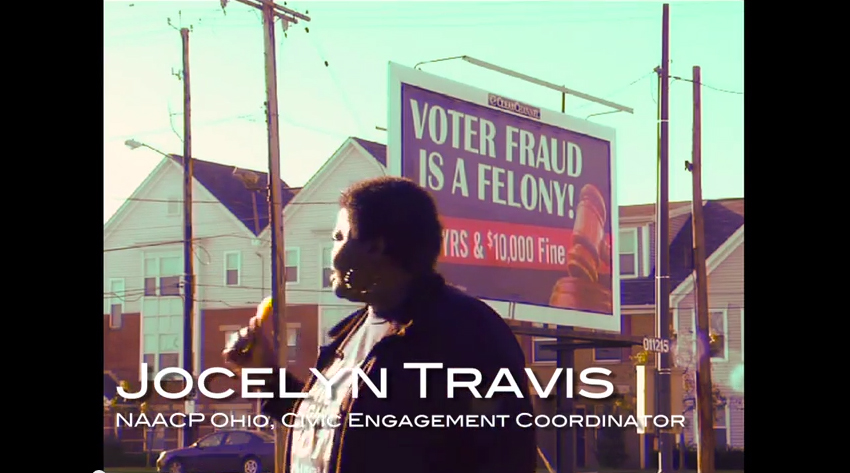 Examples of Voter intimidation in US History

Often the best way to understand a type of voter fraud and it’s impact in the United States is to look at our history. We tend to have a cloudy view on what is happening with voter fraud in the present, but we tend to be more factual and less emotional when looking at the past.

Examples of voter fraud in the US include groups like unions, union busters, black panthers, and the KKK using violence to turn either Democrat or Republican voters away from the polls.

Often actual acts of violence do not need to occur, as even the threat of violence is enough to dissuade a voter. Movies like gangs of New York show the prevalence of voter intimidation in early American history and the battle for civil rights in the 60’s in the south can drum up some equally nasty images.

Voter suppression is any legal or non-legal means of preventing eligible voters from voting in local, state, or federal elections.

Voter suppression doesn’t have to be illegal, in-fact many of the most prevalent voter suppression types (and other voter fraud types) are contained within state or federal laws. For instance, in the 2010’s voter ID laws have become more prevalent and many consider this a modern poll tax disenfranchising eligible voters from participating in the electoral process.

Types of voter suppression include legal, illegal, and ancillary types (in the case of one party having more resources than another) including:

Gerrymandering is a type of voter fraud involving the manipulation of district boundaries to create a partisan advantage. Redrawing voting lines can be used to give an advantage to a party or person. This advantage can be gained by redrawing district lines to increase the number of Congressional Seats that are likely to be won by one party or by decreasing the number of seats that are likely to be won by the opposing party. Attempting to decrease the number of seats likely to be one by the opposing party is called “packing” because its intention is to “pack” as many of the other parties supporters into the smallest number of districts.

In the US redistricting is done by a state legislators and is based on the census. That being said, the census is used only to ensure that each state has the appropriate number of seats in House of Representatives (this is called “reapportionment”) and does not effect how a state’s legislators choose to redistrict.

Check out this WashingtonPost article “the best explanation of gerrymandering you will ever see.”

Gerrymandering can occur in a number of different ways. It can target groups or individuals. Regardless of it’s intention, many instances of redistricting in the United States have been used in a number of ways. In retrospect, some instances can be seen as voter fraud.

Some Background on Gerrymandering

The term Gerrymandering comes from the name of Governor Elbridge Gerry of Massachusetts. His administration enacted a law in 1812 defining new state senatorial districts. It’s actually pronounced Gerry with a “G”, but today we pronounce it Jerry with a “J”.

In 1964 the Supreme Court ruled against gerrymandering and stated that districts should be drawn to reflect substantial equality of population.

However, gerrymandering continues to be a pretty big problem up to this day (2015).