The Pew Charitable Trusts just finished reviewing the online voter registration process in the 20 states that offer it. The report notes cost savings, mobile optimization, and accessibility for those with disabilities or English as their second language. Most importantly, electronic voter registration offers a real advantage for maintaining accurate and up-to-date registered voter rolls, reducing the potential for voter fraud. In addition, and not discussed in the report, accurate voter rolls play an important part in voter turn-out statistics. With the wide spread reports and studies showing millions of people registered to vote in more than one state and millions more registered voters who are actually deceased. It is possible that the US’s record low voter turn-out in recent years is not as low as it appears. Electronic and online voter registration could offer real solutions in the debate over voter fraud.

In 2002, Arizona began paving the way for online voter registration. Many other states quickly followed suit. As of April 2014 it was available in 20 states and, according to the Brennan Center, seven more states have either passed legislation for or are currently working on implementation of online registration. 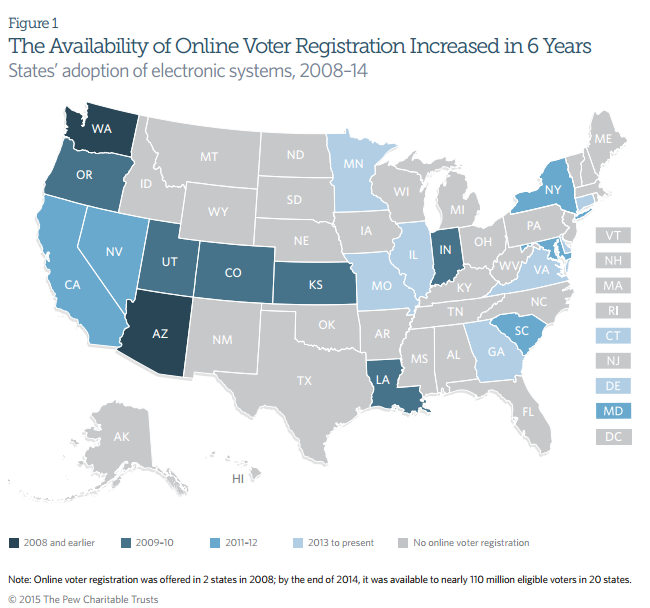 There are a multitude of benefits of Online Voter Registration including:

There are some areas for improvement within states utilizing online voter registration. This includes:

Not Fully Integrated with Local Counties

What States are Expected to have Online Voter Registration Soon?