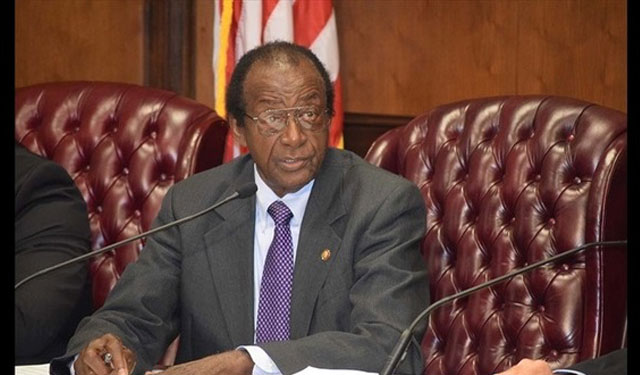 Get the facts on the voter fraud case in Alabama surrounding absentee ballots and District 2 City Commissioner Amos Newsome.

The above video comes from DothanFirst.com the local news organization.

District 2 City Commissioner Amos Newsome won an election bid in 2013 due to getting more absentee ballots. Newsome received 119 of the 124 absentee votes that were cast, winning by only 14 votes. He beat out of opponent Lamesa Danzey who later brought charges of voter fraud against him.

Four women from Alabama have been charged with voter fraud in Alabama for collecting these absentee ballots, three were convicted.

Olivia Reynolds 66 of Dothan (Newsome’s girlfriend), was just convicted on 26 counts of absentee ballot voter fraud by Judge Henry D. “Butch” Binford and a Houston County jury after less than an hour of deliberation. Another woman Lesa Coleman had been convicted of seven of the 11 felony absentee ballot charges against her. 64-year-old Janice Hart was also convicted.

When brought to court many of those who cast ballots admitted that they didn’t understand the ballot they were casting, rather the women above would show up at people’s houses, ask if they had received an envelope, and have them sign the enclosed document without properly explaining what was happening.

This case is important because it encapsulates pretty much every issue with voter fraud in America in one case. Let us bullet-point this out in a simple way.

So to be clear, not one voter fraud conviction in this election was due to in-person voter fraud (the kind of voter fraud voter ID would protect). Instead what we have is convictions of the incumbents girlfriend and two other supporters of absentee ballot voter fraud.

This shows an going trend that we have noticed since starting this site, it is much more common for voter fraud to happen on a group level than an individual level.

Types of voter fraud like voter suppression, redistricting, and other voter fraud that occurs at a group level involving politicians (especially incumbent politicians who already have some amount of political power) seems to be the real problem in the US. Yet, the new voting laws that are replacing the Voting Rights Act of 1965 are all focused on the individual.